London has some world-class hotels. Some have been around for centuries some only for a few decades. 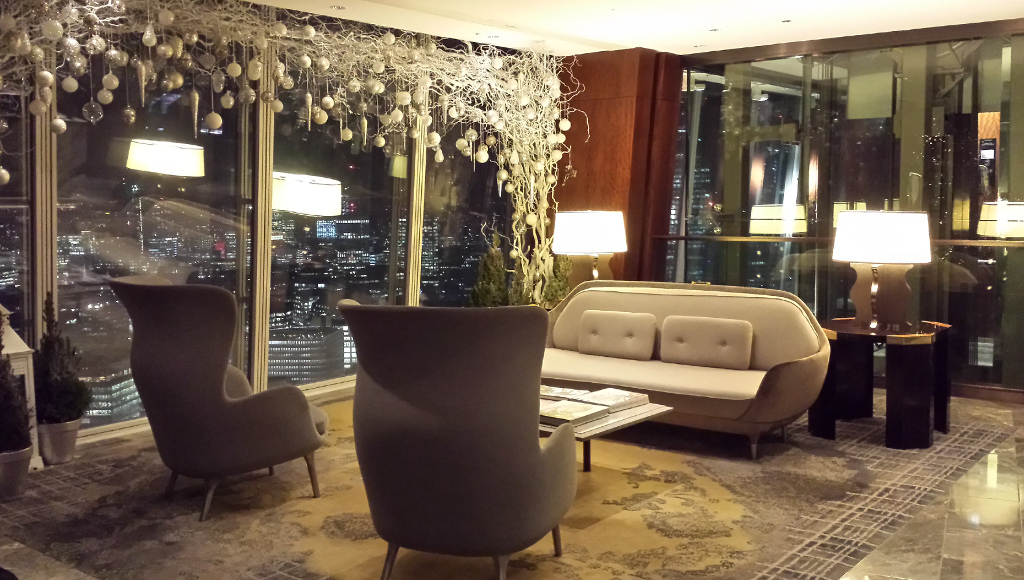 The Shangri-La hotel is located in The Shard, London, which in turn is located over London Bridge railway station which provides very easy access.

This location puts the hotel within easy walking distance from the station, all you have to do is walk round one corner and there is the entrance.

The Shard also has conference rooms that can be used for a variety of purposes. If your guests have come a long way, the hotel makes a nice stop-over before they have to return. 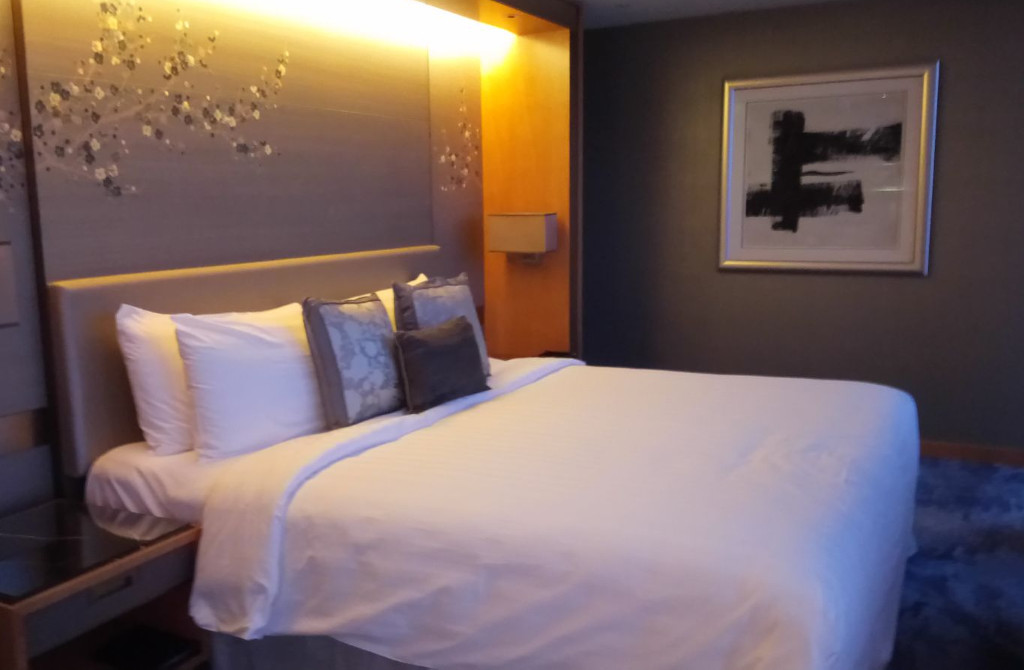 It occupies floors 34 to 52 and each of the 200+ guest rooms has a large king-size double bed, a large TV, work desk, twin wash basins, bath, shower, heated toilet seats, spectacular views over the city (see photo below) and all the amenities you would expect from a 5-Star hotel.

Prices start at around £500 per night but could easily double during peak months. 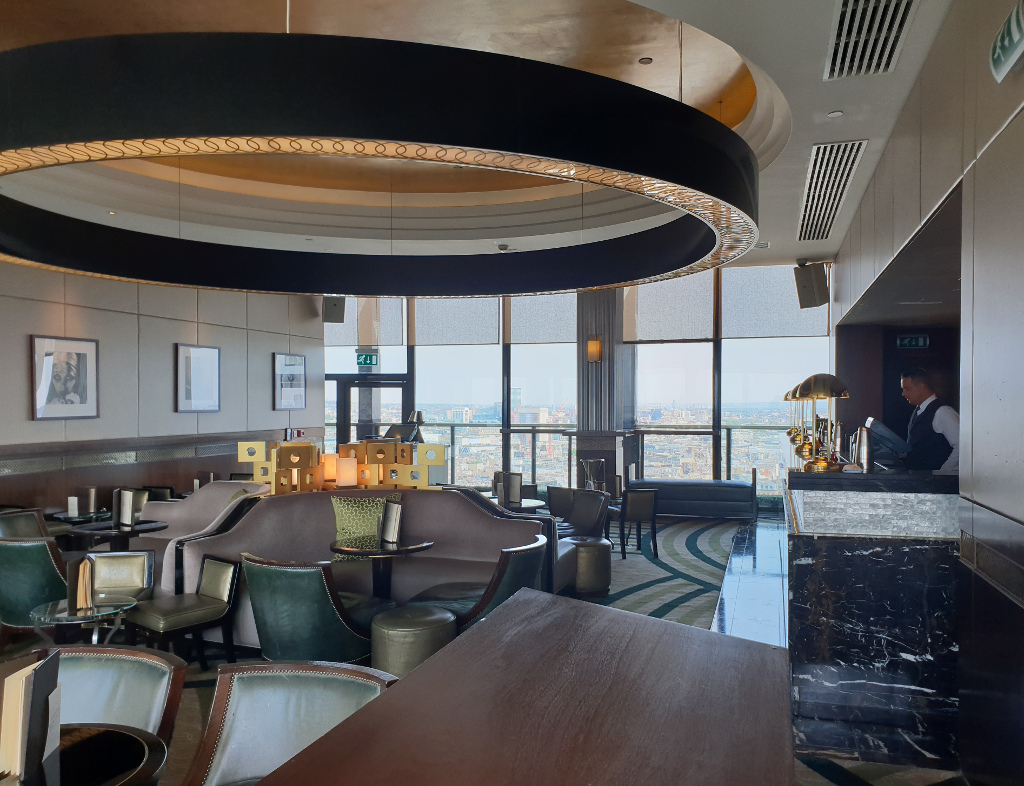 The London Hilton (Park Lane) as well known for it's two very popular bars, Galvin at Windows at the top on floor 28, and the tropical paradise known as Trader Vic's in the basement.

The bar at the top of the hotel, commands spectacular views of the city as well as spectacular drinks. The ambience is quite so well-suited for small meetings and social get-togethers. 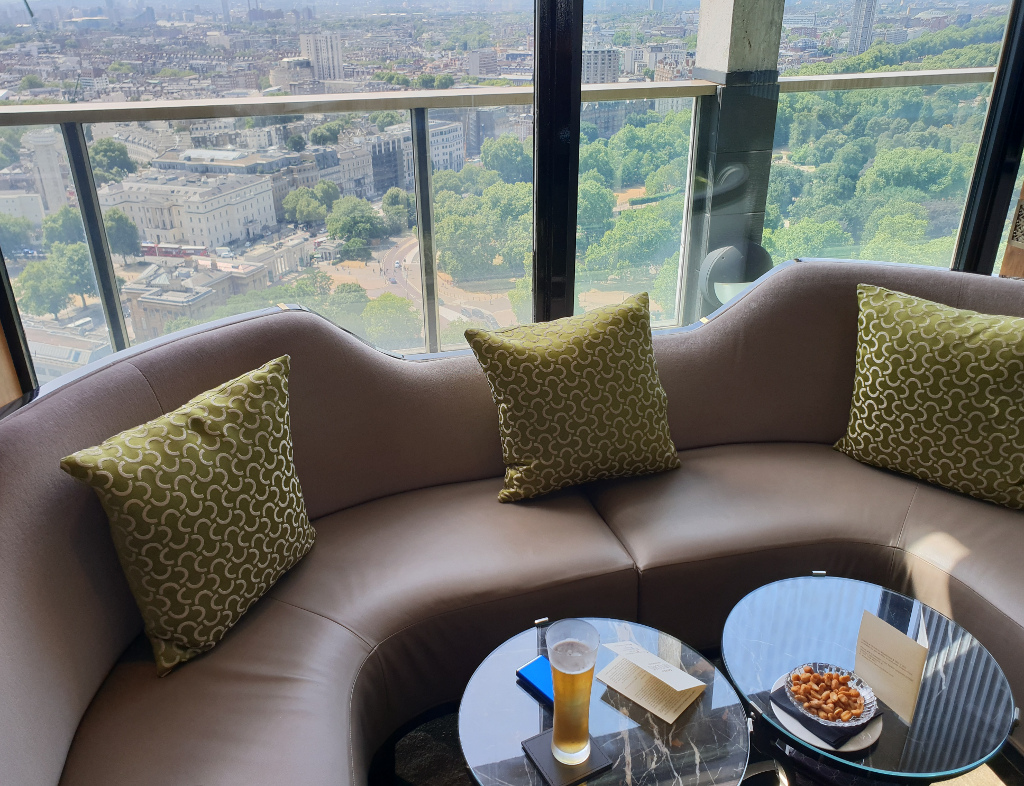 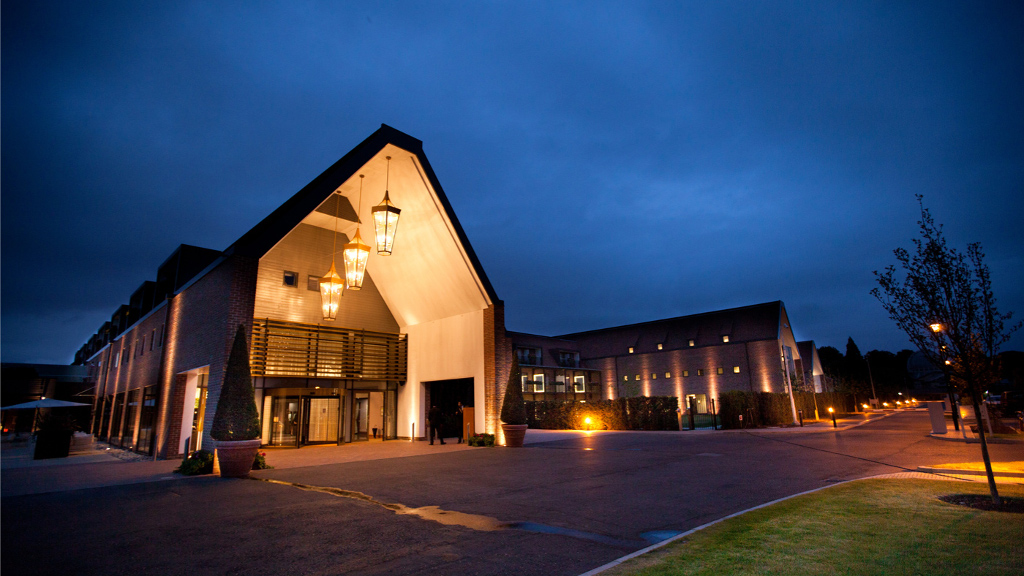 The Hilton (Syon Park) sits on the edge of the two hundred acre Syon House estate, an English pastoral setting that has served as the country home of the Duke of Northumberland for over 400 years.

Built in the 1830s, you can view the Great Conservatory. It was the first to be built from metal and glass on such a scale. The conservatory lies on a tidal meadow, home to more than 200 species of trees, which is flooded twice a day by the Thames. There are over forty acres of gardens in which to experience the timeless magic of an aristocratic country house. 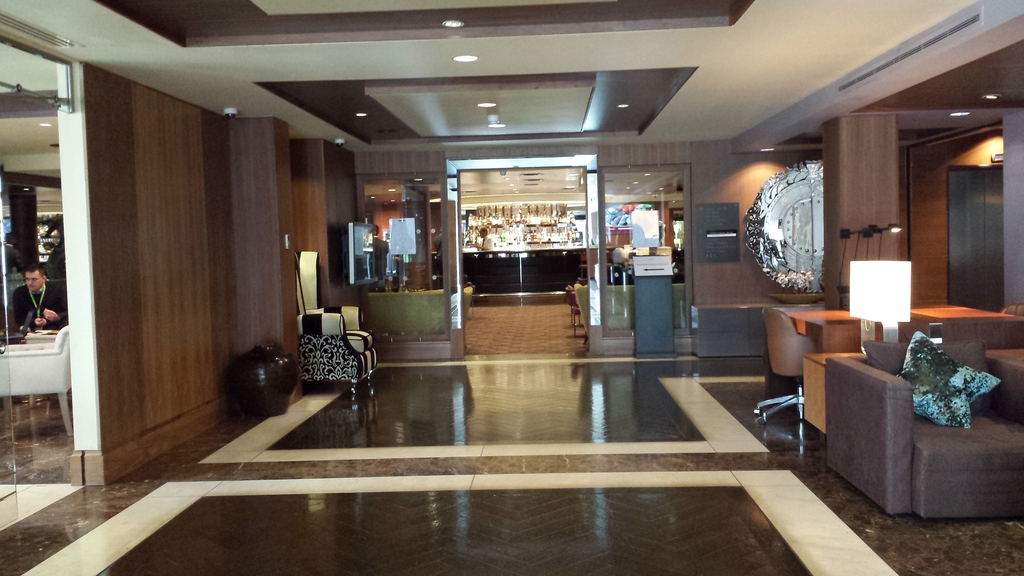 The hotel has many rooms: King Deluxe (with views of the courtyard garden), King Deluxe with View (over the gardens from the balcony), Twin Deluxe (overlook the landscaped gardens from private balcony), Queen Guest (inc media hub and 40 inch HD TV) and Queen Accessible (extra clearance for the disabled).