Computers should be seen and not heard... unless they are playing my favourite video. For many years I had to put-up with the constant whirring of disk-drives and fans that seemed to compel me to stay at the computer and do something, anything on it. It wasn't just me either, a colleague actually opened up his computer's ATX power supply and installed a variable resistor so he could slow down the fan inside, and others have tried to slow down the fans on their motherboards ... with disastrous results !

When solid-state drives became affordable I saw my chance and got one of the first 16GB drives along with a motherboard with embedded air cooled CPU. When I turned it on the only noise was me typing - I was hooked, but there were problems. 16GB wasn't really enough to do any serious work, especially as the Linux OS (at that time) took about 6GB. So, here is my journey to a powerful and totally silent PC.

First lets identify the three sources of noise in any typical computer :-

My first attempt used mini-ITX fanless motherboards with embedded CPU (and heat-sink), DC power input which was supplied by a small power brick PSU (no fan) and SSD (Solid-State Drive). These worked OK but had the following problems :- 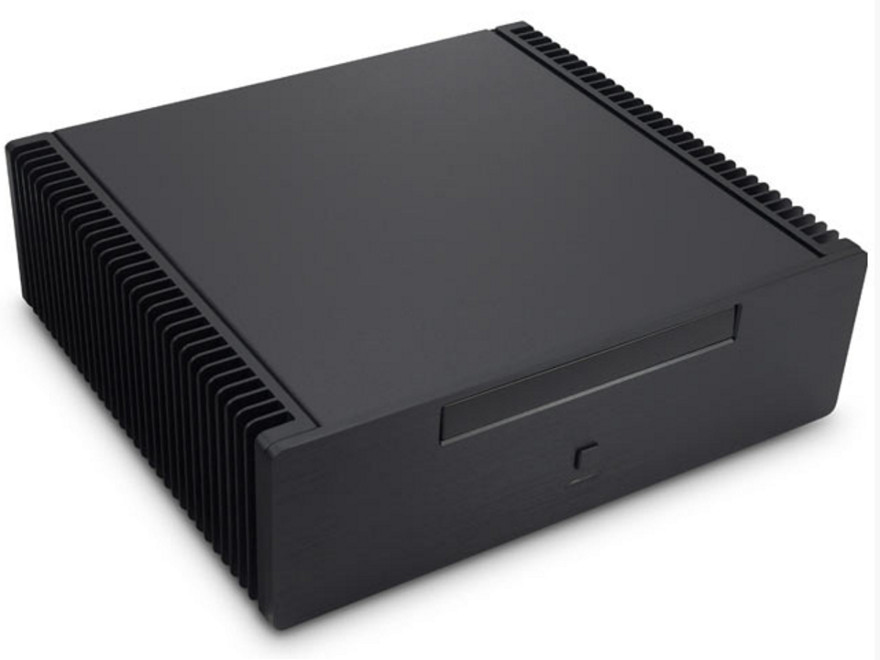 The motherboard is a standard Mini-ITX and most can drive two or three 4K monitors, along with four to six SATA sockets, various USB connectors. Most boards have Bluetooth, WiFi and two LAN ports.

The unit gets it's power from a laptop style of power brick which has no fans. There is space for two 2.5 inch SATA SSDs and one M.2 SSD. 4TB SSDs are available at a reasonable price (£650 in 2019) so it's possible to build a very powerful computer that is totally silent. 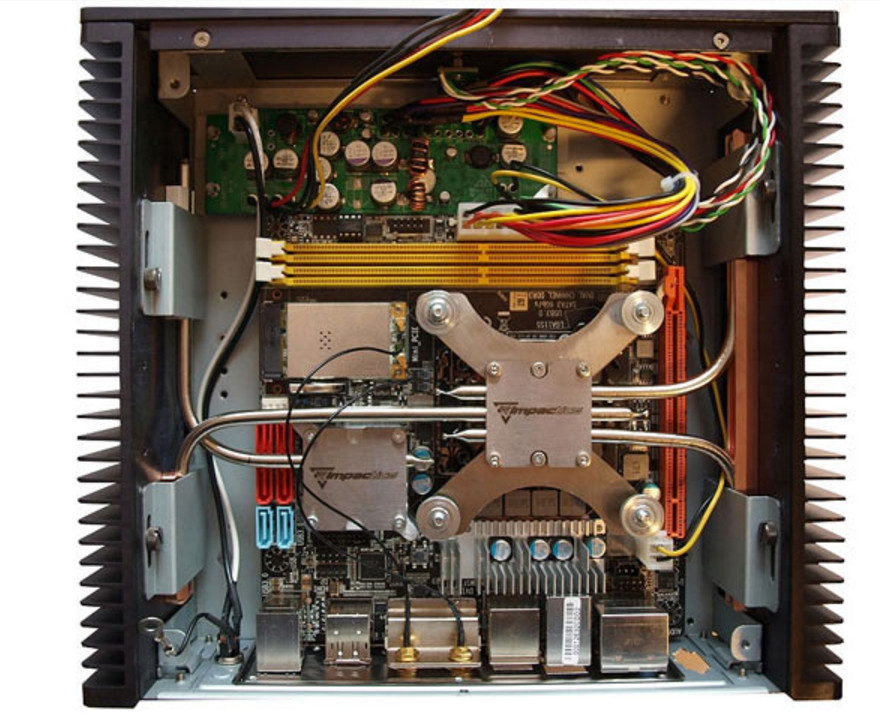 The CPU is cooled via three heat-pipes (instead of a noisy fan + heat-sink combo) which draws heat along solid copper rods to the metal case, which acts like a giant heat-sink. This means no thermal throttling and the clock-speed can go way past 3Ghz and 8 Threads. Other chips on the motherboard get cooled in the same way.

Memory is in the form of two DDR4 slots and goes upto 32GB.

They are sold by Mini-ITX.com along with SSDs. This is a UK website but I'm sure there are similar websites in the US, Canada, Australia and NZ.

Other technologies will arrive in the years to come and I'll write about my experiences with them on here.